For the latest in our #womeninsport series, it was a pleasure to catch up with Logistics, Operations & Procurement expert Sandrine Simonnet, who’s currently putting her vast experience to good use as Venue Director in Nice for the Rugby World Cup France 2023.

Sandrine worked alongside Onuba Comms co-founder Nick Aitken during EURO 2016 in France, when both were on UEFA duty at Paris venue Parc des Princes.

Onuba Comms: Thanks for your time Sandrine, I’d like to begin by asking about your current role, based in Nice ahead of the 2023 Rugby World Cup. How are the preparations going? Do the restrictions imposed by COVID-19 impact on your logistical and organisational responsibilities?

Sandrine Simonnet: Logistics at world events is, to a large extent, about anticipating what might happen, and we’ve done our “just in case” preparations. The sanitary situation caused a few delays in the overall process of preparing the tournament, but thanks to the commitment of everyone involved we’ve already managed to catch up – which is very reassuring. The first milestone is the launch of the ticketing this year, and we’re ready to go!

OC: You’ve been involved in the world of logistics, project management and event coordination for over two decades now. What is it that attracted you to the sector(s) and what are the key learnings that have helped make you so successful?

SS: I used to compete in quite a few different sports when I was younger – and a bit fitter 😊 – and the adrenaline rush I got when I knew a competition was about to kick off has stayed with me, except that I now get that buzz from backstage. Seeing the athletes perform at their best, knowing they can focus purely on what they have trained at for years, without having to worry about anything else – thanks to the planning and organisation my team-mates and I have done – is what keeps me going.

Meeting new people, travelling the world to deliver an event, grasping the diversities of different languages, cultures, ways of living, working, eating or celebrating are some examples of why I wake up in the morning with a real sense of purpose. Throughout the years, I have refined my approach to life by stretching my senses and mind, adapting to any kind of environment, adjusting to different customs and learning to “breathe” in pressure situations, being able to take a step back and to retain a sense of humour, which is often crucial.

OC: You’re a talented badminton player; you’ve worked at women’s and men’s FIFA World Cups; at the Olympic Games; have volunteered at major cycling events in the US and Canada; and are now involved in your second Rugby World Cup. What are the benefits you gain and the challenges you face when you move from event to event and from sport to sport?

SS: The major benefit for me is the human factor: that’s the essential part of any event. Over the years, I have had the pleasure to cross paths with people I had worked with on previous events and we’ve built memories from moments of chaos or when emotions have flowed, from the highs as well as the lows. I’ve gained resilience from the strength of the teams I have been part of and I’ve made real, long-lasting friendships. You spend so much time with your colleagues during the planning and operational phases that they become like family, and the ones you click with stay a part of your life, even from afar.

Another bonus is the learning curve around the sports themselves. Even though my responsibilities rarely require for me to know and understand all the rules of each different discipline, I enjoy getting to grips with them at the beginning of an event – it feeds my curiosity and makes it more fun, interacting with the fans and other aficionados!

The challenges around the preparation of an event come and go: that’s not what I remember from them. However, getting closer to the dismantling part, taking everything down, returning the keys to the venue owner, knowing the time to say goodbye is near, all this can be quite “heavy”.

There is a very common “event withdrawal” feeling that hits a lot of the people I share this kind of role with. It’s as if you have been cooking a soufflé for some time and, shortly after the closing ceremony has drawn to a close, you open the oven door and there’s a feeling of deflation in your heart. Time heals, but it is still taxing.

OC: At university you gained a degree in Maths & Economics, which you’ve since followed up with further qualifications in Transportation & Logistics, Sports & Society, Emotional Intelligence and not one but two Masters in International Business! What is it about the process of learning that brings out the best in you?

SS: I have always been curious, so learning comes high up in my daily to-do list! Learning while sitting in a lecture hall at a nice university, in my home office, on a sofa at a café, or even taking a walk through the woods, discussing a common cause with some friends, is a gift. I love learning from real life, from being “on the ground”. It is a bit like when you’re at events: knowing the theory is essential for planning, but understanding the reality is also vital for getting to grips with and fine-tuning the operations.

And the fact that so much learning now takes place online is great, of course, as it can reach a wider audience and potentially inspire new dreams. But I’m still a big believer in “learning by doing” and think it’s a bit like making bread. You can have all the best flour and the purest water and salt in your pantry, as per the recipe, though you still need real, hands-on practice to learn and master the technique.

OC: Last but not least, as we’re language specialists we HAVE to ask you about the importance of being bilingual! Would it have been possible to gain so much career experience without being able to communicate in two languages? Do you have any other languages on your learning wish list?

SS: Having lived in Canada for 20-plus years, being bilingual has clearly helped in my line of work and I am super grateful for this. Right now, depending on where the event takes place, and what kind of event it is, English remains the main language that’s generally used.

Over the years I’ve learned the basics of a few other ones to be able to converse and be polite with the locals I got to work with, and I studied Spanish and German in a bit more depth. I can get by in Italian and Portuguese too and used to understand some basic Arabic. It goes back to my point earlier: it’s about practice, practice, practice!

Experts in sports translation and only using native-language translators, editors and copywriters, we at @onubacomms believe everyone in sport should have the opportunity to connect with their global audience. 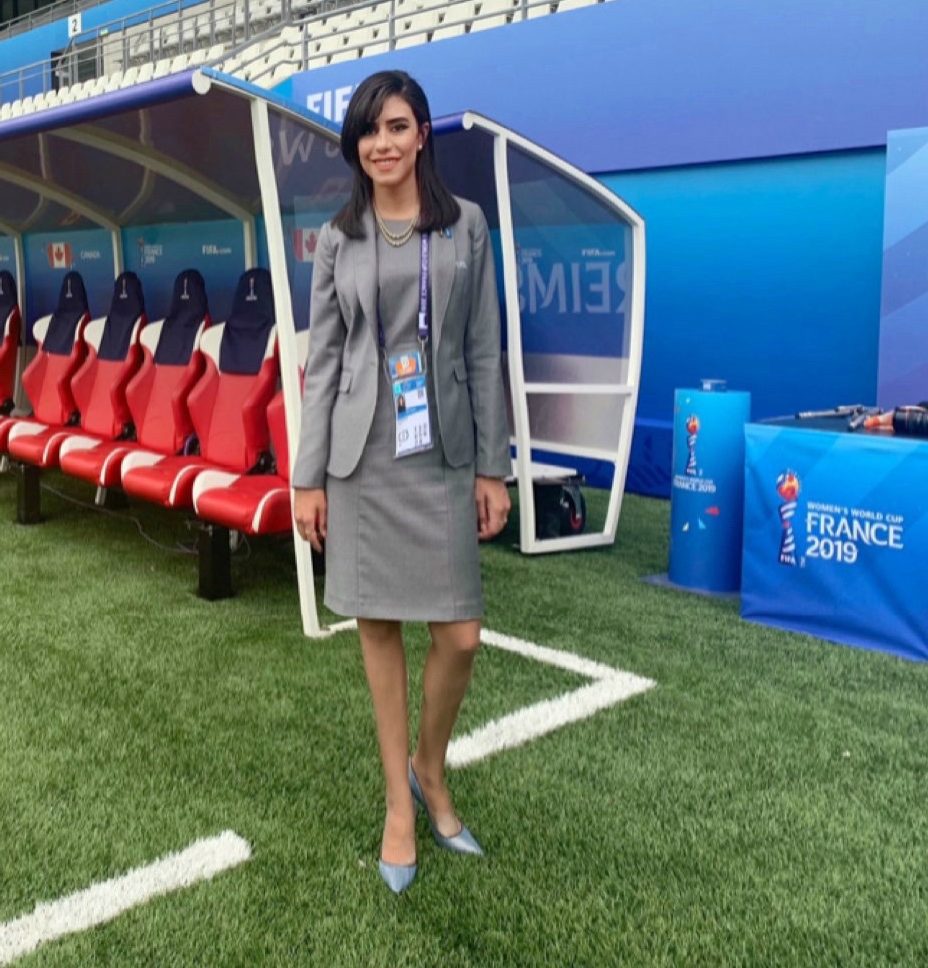