In the latest in our series of interviews with experienced figures in the field of sport and the media, Onuba Comms’ co-founder Nick Aitken caught up with Chris Wilson, a freelance Football Operations Consultant, who has over 20 years’ experience in commercial and broadcast delivery at international matches and events – including the UEFA Champions League, UEFA EURO and two editions of the FIFA World Cup.

Onuba Communications: Thanks for your time Chris, it’s much appreciated. It’s a difficult question given you’ve so much experience, but how would you sum up your primary role in football over the years?

Chris Wilson: I’d say that my role has been primarily to manage commercial and broadcast rights, helping to find a balance between ensuring that sports’ commercial partners, for example corporate clients like MasterCard, and broadcasters such as Sky Sports, feel they have had a positive return on their investment – without impacting negatively on the game’s key protagonists: the players and clubs.

Part of this role could be ensuring that stadiums are made exclusive, in terms of the advertising boards and stadium signage for example, to the brands that officially support the competition. It’s also key that commercial partners have access to high-quality tickets and hospitality areas, while at the same time ensuring key filming and interview areas are designated for the official broadcasters – to give them the best chance of providing excellent content for the millions of viewers at home watching matches.

People who come to work at a big game for the first time are always surprised to see how much goes on behind the scenes: there’s a lot more to it than just 22 players battling it out on the pitch!!

OC: Based on your experience of delivering over 180 international matches, what would you say was key to ensuring a successful commercial and broadcast ‘delivery’?

CW: There’s a huge amount of planning that goes into preparing the stadium and matches and, of course, there are multiple agencies involved in delivering large football matches – all of whom are competing for space and exposure.

The philosophy that I like to employ is to develop a really good and meaningful team spirit or “one-team approach”, so that everyone feels they are involved and working together towards a common objective. To sum it up in two words, I’d say “strong relationships” are the key as, after all, football is a people business.

OC: The current pandemic has proved that there’s only so much that event-hosting organisations can control. Can you remember any ‘force majeure’ type incidents that happened while you were on match/tournament duty?

CW: For the most part, with hard work and good organisation the delivery of matches goes smoothly and is incident-free, but I’ve got vivid memories of working at Manchester United when there was a bomb scare, the TV signal failing due to freak weather conditions when on duty in Lisbon and the Europe-wide travel disruptions caused by the Icelandic volcano eruptions in 2010.

As you say, in these circumstances the organisers onsite can only do so much, so you have to focus on staying composed, keeping communication fluid and concise, and trusting in all the agencies involved to take the necessary measures and make sure matches can safely take place. 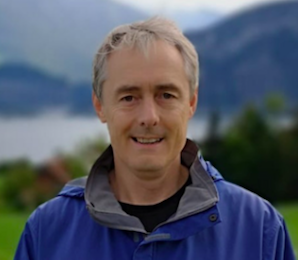 OC: What have you found most interesting and rewarding about working in the world of sport?

CW: For me personally, what makes this job most interesting is working in far-off places and getting the opportunity to discover and learn about different cultures and ways of working. I think that, without football, I might never have had the chance to spend time in countries like Azerbaijan, Belarus or Latvia, working alongside local people and learning from how they host events, as well as sharing my own experiences from international competitions.

It’s definitely also true that without being in football I wouldn’t have been able to attend so many major finals, nor would I have had the chance to work in close quarters with superstars like Leo Messi, Ronaldo and David Beckham. At the time you don’t give it too much thought, as you’re there to do a job and have to be totally professional at all times, but looking back those are very proud memories.

OC: To round things off, as we know from your TripAdvisor reviews that you’re quite the storyteller, can you think of a memorable anecdote from your work in football?

CW: Definitely, I’ve always got a story ready! I think one of the most memorable experiences was from my very first match in A Coruña in Galicia, around 2000, when AC Milan had just played against Deportivo. The Italian broadcaster RAI had requested an interview with Milan captain Paolo Maldini so, having been given the green light by their press officer, I went into the dressing room to find the great man.

There he was, right in front of me, and completely naked! I somehow managed to disguise my shock and passed on the interview request but, funnily enough, all I can remember now is thinking how blue his eyes were!

Want to continue the conversation? Connect with Chris via LinkedIn at https://www.linkedin.com/in/chris-wilson-06b4a15b

Experts in football & futsal and only using native-language translators, copywriters and content creators, we at @onubacomms believe everyone in sport should have the opportunity to connect with their global audience.