Through commitment, talent and hard work, Madrid-born ‘cierre’ Roberto Tobe Belope has forged himself a long and successful career at the very top of world futsal. What is more, the Equatorial Guinea captain is one of those people who makes as much of an impression off the court as on it – with his thirst for a challenge, ambition and tangible optimism all combining in one irrepressible package!

Currently poised to tackle a brand-new sporting adventure, the gifted 36-year-old defender kindly took time out to talk to us about his life in the game and the next chapter in his exciting career.

Onuba Comms: You’re just beginning a new dual role, as both a player and Academy Coordinator at Club Sporting Fútbol Sala La Nucía. How did the opportunity to be part of this ambitious project come about?

Roberto Tobe: I’m really excited about this new challenge ahead. The idea is to strengthen the club’s youth system and our ideology will be built around investing in development and in instilling educational values, without forgetting how competitive today’s society is. At La Nucía we’ve got a modern infrastructure at our disposal: what I’ve come across here is magnificent. Everybody really wants to do their bit, so now it’s time to work hard and achieve our objectives.

OC: What other professional projects have you been involved in during recent years?

RT: Well, two years ago [I was involved in] the creation of the Futsal Africa Players Coaches Association (FAPCA). This association is a way of giving African futsal more visibility, contributing to the development of our sport across the continent and setting up new domestic and international competitions.

OC: You’ve had the opportunity to play in a number of countries, including Spain, Italy, England & Vietnam. How important have translation and interpreting services been in making sure you can communicate effectively?

RT: They’re fundamental! When you go abroad that involves going to places where sometimes the culture and customs can be very different. Getting your communication right makes it easier to move beyond those differences. If you want to communicate effectively, it’s really important to be aware of where you are and who you’re speaking to. 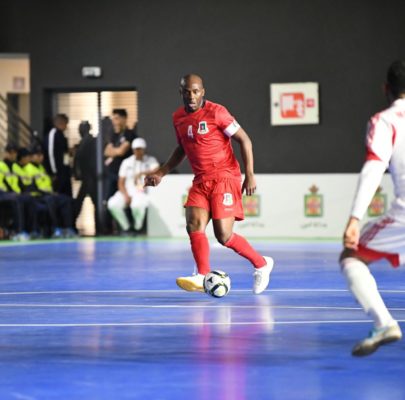 Tobe in action at the 2020 African Nations Cup. Photo: twitter.com/Robertotobe4

OC: You’re the captain and one of the most well-known faces in the Equatorial Guinea team. Speaking in general terms, what has it been like representing your country?

RT: Every time you join up with the national squad, you come back with a suitcase full of stories to tell! In general, I’m very happy with what I’ve experienced and what I’ve been able to do to help my team-mates. African futsal is different, it’s a bit less tactical but the players are hugely talented.

OC: At club level you’ve won league titles in Spain, Italy and England. What are your standout memories of these successful spells in your career?

RT: So many memories! I’ve been fortunate enough to have played with the very best and be able to learn from them every day. I’ve played for the world’s most successful club, Movistar Inter, and I’m eternally grateful to have had that opportunity. But it’s when you play abroad that you really begin to appreciate what you have [at home] much more. It’s when I left to play abroad that I really grew as a person. 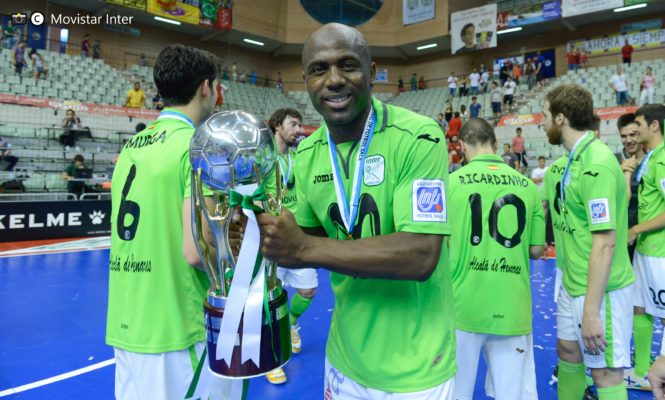 OC: One final question to round things off. Given your recent projects, it’s clear to us that you’re preparing yourself (very well!) for your post-playing career. How long do you think you’ll be able to keep juggling playing and non-playing commitments?

RT: I think that the end is drawing closer, but I’m feeling good physically and mentally, I’m continuing to steer clear of injuries and I still enjoy every training session and every match. I’ve always been very aware that a player’s career can end at any time, so you have be ready for when that moment comes.

Experts in futsal and only using native-language translators or content writers, we at Onuba Comms believe that everyone in sport should have the opportunity to connect with their global audience. 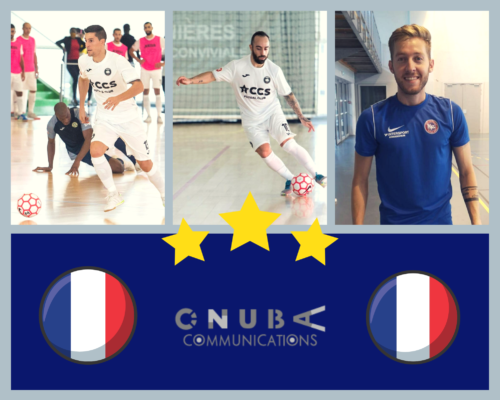 French futsal on the rise!

As our guest expert Rosa Barrancos reveals, French futsal is the place to be this [...]