“If you fail to understand the idiosyncrasies of each place, you’ve had it.” This categorical and true statement comes from Josele González, the director of the international department at Spanish second-tier side AD Alcorcón, whose vast professional experience and tireless drive in honing a long-term methodology is clearly reflected in the creation of the ADA Academy – one of the most successful and well-established international projects within the Spanish game. We at Onuba Comms had the pleasure of interviewing Josele and gaining an insight into this successful model.

Onuba Comms: How did your current model come about?

Josele González: It all goes back to 2005, when I was involved in an event with Vicente del Bosque, Fernando Redondo and many others from all over the world. A lot of things came up on the back of that, including a talent-scouting project with Vodafone. The players came from many different places and it gave me a clear understanding of the talent-scouting project and how to run it on an international level. People are currently hearing a lot about the AD Alcorcón project, but it’s a model that we’ve been putting in place at several Segunda B (the Spanish third tier) and Tercera (fourth rung) clubs for many years.

JG: I used to work at Real Madrid. When it comes to doing anything there and you’ve got that name behind you, you don’t have to go knocking on doors. People come to you without you even having to call them, whereas here we have to knock on 100 doors for just one of them to open. That’s just the way things are and such is the model we’ve introduced. We think it’s the most suitable one and it involves working much harder than everyone else to achieve at least the same results. We at AD Alcorcón have now been working on it for three years and are heading into our fourth. It took lots of hard work to set the process up, but we got there in the end. We’ve got it right and are producing some really good players. 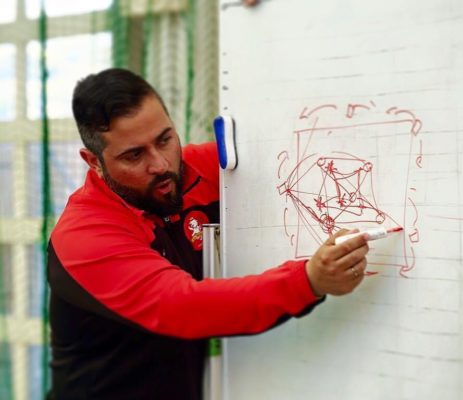 OC: What are the targets of the ADA Academy?

JG: Our focus is on the football side of things, which is where our interest lies. There are sporting, social and financial objectives involved. There’s an overriding common objective that ties all of the others together and that’s to position the brand strategically. It’s all about looking for different things to everyone else. An example would be that everyone goes to Brazil in search of talent and heads to São Paulo, Rio and your other leading destinations. But what about doing what we did and going out to Mato Grosso, in the middle of the Brazilian rainforest, to look for talent? They told us that not only had no other Spanish or European club been there, but that not even the Brazilian teams had been out there (laughs).

JG: We’ve worked on projects that we’ve funded out of our own pockets, we’ve run projects from scratch and gone to Africa to take equipment out there because they have nothing. People think that you set an international academy up purely to earn money and that a Chinese sponsor is going to come along with €1m in their back pocket. Your traditional advertising hoarding or shirt sponsor is now a thing of the past. We have to create stories, content and a whole range of other things. We set out to create a special story and give lots of children from around the world the chance to make their dreams come true.

OC: What do you think are the keys when it comes to understanding the success of the model currently in place at the ADA Academy?

JG: The success is really down to the fact that the people at the club have committed to a model that involves sowing the seeds and then reaping the harvest. For me, it’s all about making sure you’ve got the following four elements in place. One of these is to have a club where all of this can be introduced. Then there’s the contacts aspect, which you need in order for the projects to work. That has to come naturally within everything I mentioned about the multiple objectives. Then there’s a vital element that concerns the whole market. You need to be able to put yourself in the other person’s shoes, understand the market, know what it is they want and how, when and in what way you can deliver it. If you fail to understand the idiosyncrasies of every place, you’ve had it. The fourth element brings everything together and is about being able to carry it all out perfectly. It’s something that takes years, you’ve got to be relentless in your work and people give up straightaway. 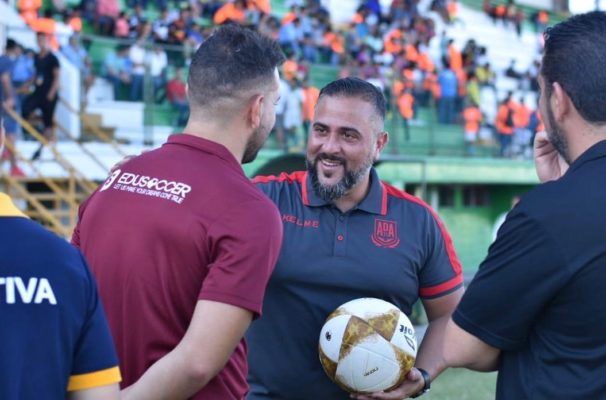 OC: We at Onuba Comms are firm believers in only working with professionals. Based on your personal experience, would you recommend working with experts?

JG: Yes, without a shadow of a doubt. I believe in your company and the need to work with specialists. I’m always telling the guys in our marketing department that I have complete faith in them. The result wouldn’t be the same if I was to put together a dossier or design a project compared to if a professional was to handle it. The same thing applies to you guys. You see it at conference events and big meetings where the communication is carried out through interpreters. It’s vital that the interpreter understands what you’re trying to say! There’s that old mistake of employing a general linguist for a job in football, when they haven’t got a clue about the game. The work that you language experts do is absolutely essential. For example, until my assistant in Japan understood the message I was trying to get across, I didn’t let him say a word, so that just goes to show you.

OC: What’s the current status of the project in these times of global uncertainty?

JG: With this being an international project, you might think that we’re sat here twiddling our thumbs. But I’m actually busier now than I was before coronavirus hit. We’re reinventing ourselves by doing a lot of other things and know that this period will pass. Why would I stop now? We’ve had to put a couple of things on hold, but this is an ideal time to work on other kinds of things that weren’t in place before.  We’re presenting projects in China, India and the United States. These are projects that have to be worked on and which we didn’t get round to before because we got caught up in the day-to-day activities. 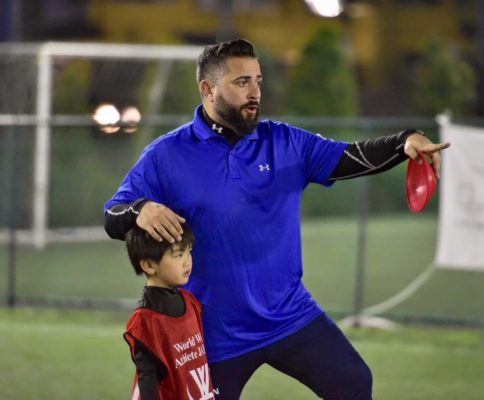 OC: What other projects are you currently working on?

JG: I’m actually working on a book about the development of international work and the business opportunities that are out there. It looks at how to generate opportunities and the differences between markets. I own a business along with other partners called International Sports Spain and we run international projects with clubs and associations. Meanwhile, in my role as technical secretary, I’m currently acting as an adviser to the Equatoguinean Football Federation. I also continue to be the director of the Ricardinho & Ortiz Futsal Academies, a project that works really well with its campus events and is particularly successful outside of Spain. We’ve visited Asia and America and this summer are going to the United States. We’re keen to continue offering the international aspect of coach training and scouting and share all that we do with the children. I should add that this work is part of our methodology and futsal is really important to us.

Experts in translating website & social-media content and only using native language translators or editors, we at Onuba Comms believe that everyone in sport should have the opportunity to connect with their global audience.

Mail info@onuba-comms.com to join our mailing list and receive our free guide to “Dos and Don’ts of Social Media” – specifically written for sports clubs and players!