Champions of the first ever UEFA Women’s Futsal EURO, held in February 2019 in the Pavilhão Multiusos de Gondomar in Porto, Spain did so in style – sinking host nation Portugal 4-0 in the final to round off a near-perfect campaign. 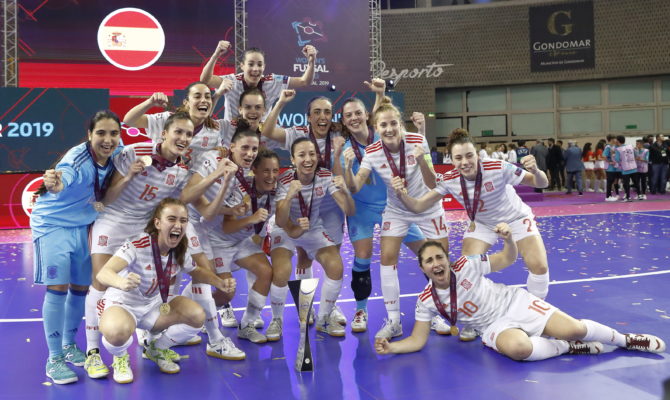 (All photos courtesy of the RFEF)

Winners of all five of their matches in the inaugural continental competition (comprising three Main Round games plus the semi-final and final), coach Claudia Pons’ charges racked up a remarkable 35 goals and conceded just once. Eight months on from Spanish glory in Gondomar, Onuba Communications’ guest expert Aimara Gil takes a look at where four key members of that triumphant Selección are now…

The captain and ‘cierre’ of that history-making side, García decided to step down from international duty after 70 appearances for La Roja, to focus on her career as a sports psychologist. After spending five years at AD Alcorcón, where she combined her role as psychologist for the club’s youth ranks with captaining their futsal team, she decided on a change of scene – accepting an offer to become the psychologist for FC Barcelona Femení. Yet her switch to Catalonia has not led to turning her back on futsal, with the experienced defender signing up for Penya Esplugues – who finished 8th last season – where she will play alongside another of Spain’s WEURO Futsal winners, Berta Velasco. 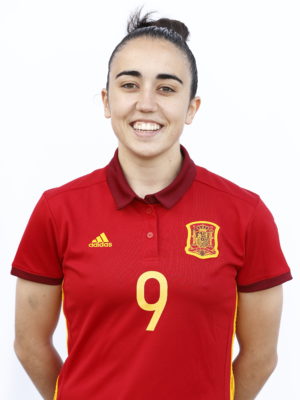 The MVP and leading scorer at the #WEUROFutsal, Galicia-born Sotelo chose to eschew offers from elsewhere to stay at Alcorcón, taking on greater responsibility at the southern Madrid outfit after the aforementioned departure of Isa García followed that of Anita Luján, who joined local rivals Futsi Atlético Navalcarnero ahead of the 2018/19 campaign. Having now broken past the 50-game mark for Spain, as well as being among her country’s all-time leading scorers and a current co-captain, the lethal goalgetter combines her passion for futsal with a degree in Teaching and Sports Science. 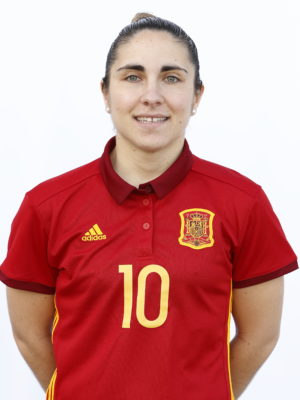 Cádiz-born Romero remains one of the key figures for reigning Spanish league champions Futsi Atlético Navalcarnero. The 29-year-old has twice been named the second-best women’s futsal player on the planet (in 2017 & 2018) and in 2018/19 was again a fundamental cog in Las Colchoneras’ league success. Another of the leaders of this Spain squad, with 58 international caps to her name, Romero juggles futsal with giving after-school classes, hosting the Campus Ame Romero summer camp and being a coordinator and coach at Madrid club El Álamo. 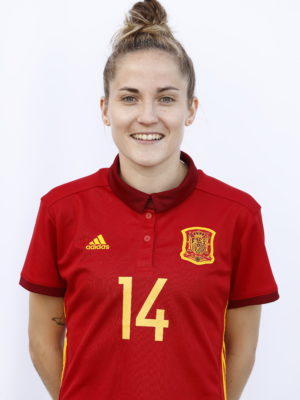 Widely considered as one of the world’s finest players, Luján continues to be a vital performer for Futsi Atlético Navalcarnero, with whom she added last season’s league title to her already impressive medal collection. With nearly a century of Spain caps to her name and now her country’s senior captain, following the retirement of Isa García, 26-year-old Luján is already one of the most important players in the history of Spanish women’s futsal.

Experts in futsal and only using native-language translators or content writers, we at Onuba Comms believe that everyone in sport should have the opportunity to connect with their global audience.

Mail us at nick@onuba-comms.com to join our mailing list, be added to our monthly prize draw AND receive our free guide to “Dos and Don’ts of Social Media” – specifically written for futsal players and clubs!