A key member of the Málaga Femenino CF squad that earned promotion in 2017/18, defender Cristina Postigo is determined to help Los Blanquiazules repeat the feat this season – now that they are back in Spain’s second tier.

Onuba Comms: Málaga’s squad has undergone major changes over the summer. How’s the atmosphere in the squad and what is the aim for this season’s #RetoIberdrola?

Cristina Postigo: There’s already a very good bond between us all: the players who were here last season, the new players and the new coaching staff. We’re very focused on continuing to iron out any mistakes, taking it one game at a time and working hard – with the eventual goal of becoming the most consistent team in this division.

OC: What are your plans for your career post-football? Do you intend to do something different or stay in the game?

CP: I’m studying Primary School Education at Uni right now and I’m working hard to finish my degree, though my main focus is currently football and seeing how far I can go. Why Primary Education? I’ve always liked working with kids, I think we can learn a lot from them, and it’s a great feeling when you manage to get something across to them through your enthusiasm and joie de vivre.

OC: As we’re specialists in translation and multilingual content, I can’t let you go without asking you about languages! Are you learning any languages right now and why do you feel they’re important?

CP: I’m studying English as part of my degree course and recently earned by B1 certificate. Next up is the B2 in English and I’d also like to start learning another language, maybe French. The way I see it, in sport and in life, the more languages you can learn the better! 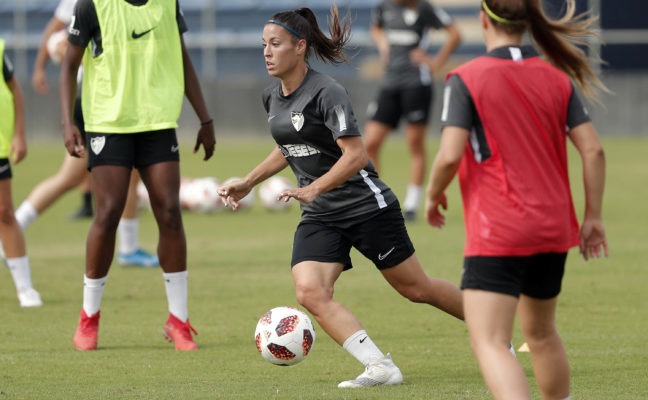 Experts in women’s football and only using native language translators or content writers, we at Onuba Comms believe that everyone in sport should have the opportunity to connect with their global audience.

Mail us at info@onuba-comms.com to receive our free guide to “Dos and Don’ts of Social Media” – specifically written for women’s football players and clubs!